Who Killed Bugsy Siegal? Only Stuart Sobel Knows For Sure 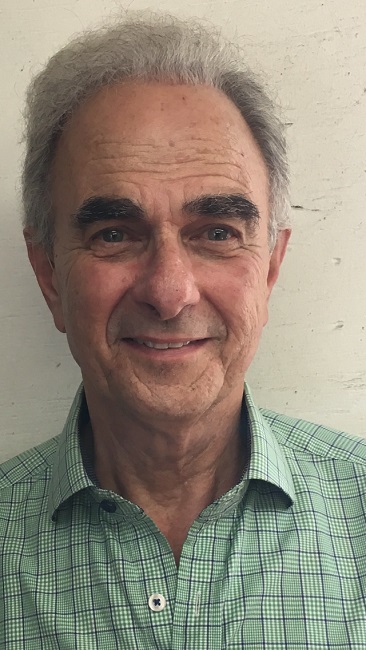 It has long been said that love makes the world go ‘round. But in the case of Benjamin “Bugsy” Siegal, love created a vicious circle in which a seductive triangle led to a shot heard around the world, leaving all to wonder “whodunnit” for seven decades – that is, until now.

On June 20, 1947, 41-year-old Bugsy, as he was known to the masses (although he was called Ben by those who knew him because he hated the name Bugsy), was murdered on the first floor of his Beverly Hills, California home. The crime remained unsolved for 70 years. However, on the 2017 anniversary of the mobster’s death, writer Stuart Sobel, the person with firsthand knowledge of who killed Siegal and why, came forth to reveal the secrets that, up until today, remained a mystery even to the secretive towns of Beverly Hills and Las Vegas.

“Meyer Lansky, Benjamin ‘Bugsy’ Siegel, and ‘Little’ Moe Sedway were boyhood pals who grew up to form the Jewish Mob,” Sobel explains. “Lansky was the head, Siegel was the charismatic killer, and Sedway was the financial genius who tied it all together. In the beginning, they were strictly an East Coast presence. Wanting to expand their financial holdings, Lansky sent Siegel and Sedway, as well as Moe Sedway’s new and much younger bride, Bee, to the West Coast to explore. The trio’s destination was Los Angeles but they took a side trip to a hot, dusty town in Nevada called Las Vegas. That’s where Siegel had a vision of a gambling and entertainment Mecca.

“I went to school with Moe’s and Bee’s son, Robbie, “he continues. “Moe died in 1952 – he had a heart attack on a plane while flying to Florida. I hadn’t seen Robbie in many years when I saw him again about 20 years ago walking into an office building in California. He was a realtor and I had a small publishing house at the time. We started to talk and he told me that he wanted to do a book about his mom’s remembrances of the early days of Las Vegas. Moe had been an officer in the Flamingo -- he ran the wire services and the day-to-day operations -- and Bee had told Robbie when he was 10 years old who had murdered Ben Siegal.”

According to Sobel, the story is really one about Ben’s platonic friendship with Bee Sedwey. He describes the setting of the stage of events leading up to Siegal’s death thusly:

“A more unlikely platonic alliance you’d be hard pressed to find than Ben and Bee. For some reason, their personalities, although opposite, clicked into a lifelong friendship and a commitment of absolute trust. Siegel was the Best Man at their wedding and was the Godfather to their firstborn son, Dick. He made a promise to Bea that if anything ever happened to Moe, he would take care of her and their two daughters and would always look after her and their family. He gave Bee a mantra for life – ‘Never betray the family.’

Wanting to build a luxury hotel with top entertainment and accommodations, Siegel was able to take over construction of a hotel already in progress by purchasing the gambling notes of Billy Wilkerson, the owner. Siegel said to Wilkerson, ‘Allow me to introduce myself; I’m your new partner.’ But he wasn’t for long.

Using mob money to buy into the deal; Ben estimated that it would cost $1 million to complete. Against Sedway’s advice, Siegel insisted on acting as the general contractor. Having absolutely no experience with construction, his cost overruns went from $1 million to well over $4 million.

Moe Sedway’s job was to give daily reports back to Lansky and try to rein in Siegel’s out-of- control spending. Siegel became increasingly enraged with Sedway’s “constant meddling.” He finally exploded and confided in a select circle of friends that he was going to make Sedway disappear by personally killing him and grinding his body up in the Flamingo’s industrial garbage disposal. This is really where our story begins. It set in motion the eventual preemptive strike on Siegel.”

Meanwhile, back in Beverly Hills where Sedway resided with Bee and their two young children, Bee, left alone while Moe was tending to things in Vegas, began going to dinner with the other wives. One night, while out, she met a handsome, soft-spoken, six-foot-three, 240-pound man named Matthew “Moose” Panzi, who was not a member of the mob and with whom she had electricity. They had a torrid affair. When Moe made one of his side trips to L.A., Bee told him about the affair and that she and Moose wanted to get married.

“Moe, who was screwing around with Las Vegas dancers, said to her, ‘Tell your young man to come see me,’” Sobel continues. “Upon their meeting, Moe said to Moose, ‘Promise me that when I die, you’ll marry Bee. But, until that time, when I come home, I’m with Bee; when I’m away, she’s with you.’ Moe actually built a room with a bar next to the master bedroom for Moose.”

As the tense situation between Moe and Bugsy escalated, with Moe calling Lansky every day to report on Siegal, Moe called Bee and told her to come to Vegas. Figuring that he was being bugged by Siegal, Moe took her into the desert and told her that he may not be around long because Ben had told the higher ups in the syndicate about his desire to kill him. Bee said she was going to call Moose, who was a heavy crane operator and liked to go sports hunting. Moose came out to Vegas and became Moe’s bodyguard, staying by him day and night.

“Then, one day, Moe told Moose that he couldn’t continue living that way,” Sobel recounts. “So Moe called Meyer Lansky and told him what was going on. He also told him that Ben needed to be taken care and Meyer gave his blessing. But he told Moe that he didn’t want to know who did it. He also told him that he didn’t want one of their people to do it. Rather, he wanted to read about it in the paper like everyone else.

“Moose said that he would do it,” he adds. “He was quiet and no one noticed him plus he had no criminal record and had gone hunting with his dad and practiced his sharpshooting. And he had nerves of steel and was very meticulous with details.”

According to Sobel, Beverly Hills was considered the safest place in the world with a patrol car passing by Ben’s house every 30 minutes. Moose monitored the police cars and knew their patterns so he knew what time to be at the house. In addition, Bee knew that Ben was a creature of habit and knew that he always sat in the same chair and read the newspaper. She told Moose what window to stand at.

“Ben came into the room with his friend, Alvin Smiley, and sat down and got settled,” Sobel notes. “Moose then fired nine rounds and four hit, killing Ben. Ben’s loverl, Virginia Hill, and her brother, Chick, and his girlfriend were on the second floor when the shooting started and they dropped to the floor. So no one saw Moose as he walked back to the car. He dismantled the gun, an Army-issue rifle, in a bag and got rid of the various parts as he drove up and down the coast. Afterwards, Moose went back to the Sedway house. He was never suspected and never questioned. Everyone else was questioned, including Bea.”

Moose ended up marrying Bee in 1952 after Moe died. In 2014, Robbie, whom many believe to actually be Moose’s biological son and not Moe’s, gave an interview to L.A. Magazine revealing the facts of Bugsy’s murder but, sadly, he died from brain cancer two days before the article came out. Bee died in 1999 at age 81, she had gone on to become an actress appearing in films including “The Story of the American Mob” (1994) and in 1990 was hired by Warren Beatty to help him with his portrayal of Bugsy for the movie “Bugsy” (1991).

The only one left to tell the story is Stuart Sobel. In this case, revelation makes the world go ‘round.