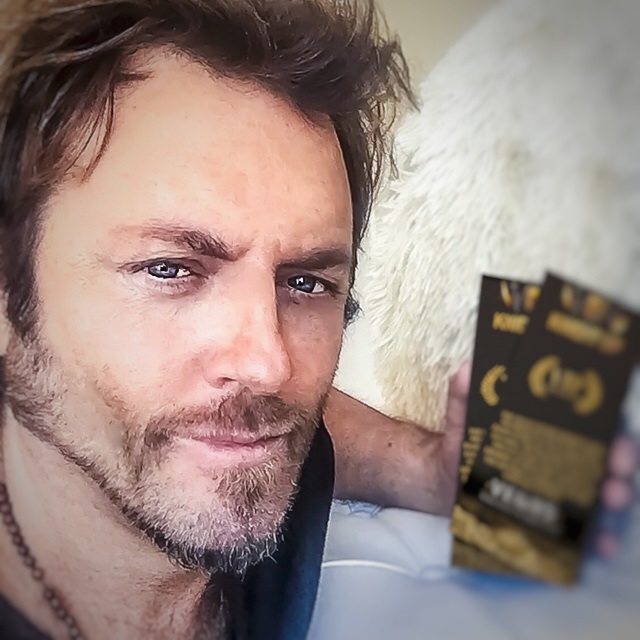 Ice Hockey/Golden Knights fan Nico Santucci, owner of the famed Capo’s Italian Steakhouse in Las Vegas, is looking to ensure that for one lucky individual, Game 1 of the Stanley Cup Playoffs will be the only game in town.

The award-winning restauranteur/TV food personality is issuing a challenge to the Las Vegas community, the winner of which will join him personally for a spectacular “Knight’s Tale” evening that includes a five-course dinner at Capo’s Italian Steakhouse followed by a Rolls Royce chauffeur-driven ride to the T-Mobile Arena, and the best seats in the house – on the glass – to view the game, which will be held at the arena this coming Wednesday, April 11, 2018.

“Write to me and tell me why you love the Golden Knights and ice hockey and how the team and sport have changed both you and Las Vegas and your prize could be the ultimate night out,” Santucci states. “Hockey has inspired me all of my life but never more so than right here, right now. And I can’t think of a better way to share my enthusiasm, excitement, and genuine love of the game.

“I have always loved hockey, beginning as a boy on the ice,” he continues. “I followed the Chicago Blackhawks then the LA Kings. I idolized Wayne Gretzky, who famously said, ‘You won’t achieve the goal if you don’t take the shot.’ He was so right. His words defined and shaped many lives, including mine. I always took the shot. Now the Golden Knights have come along and, to our great surprise, have brought everyone together in a way that no one expected. The team not only has raised our spirits but has amplified our passion for Las Vegas. It is with this essence that I want to pay it forward to the community.”

To accept Santucci’s challenge, let him know why you should be the lucky winner by posting your comments on Instagram@nicosantucci stating why you love the Golden Knights and Ice Hockey and how they have changed both you and Las Vegas. The winner will be announced on Tuesday, April 10, 2018 at 5 p.m. on Instagram, Twitter, and Facebook, @NicoSantucci.