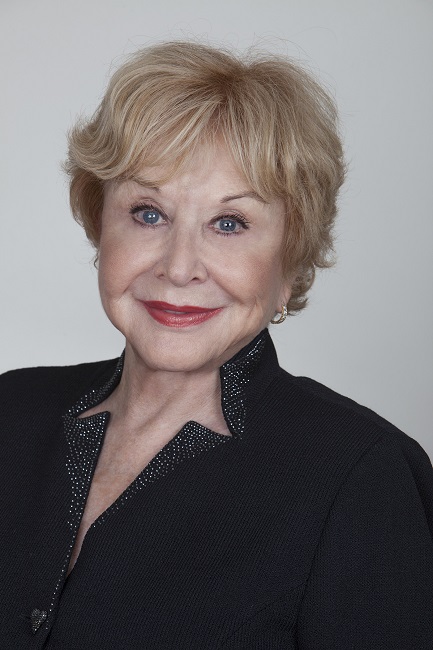 Sometimes it only takes 13 minutes for a film to be the “shot” that is heard around the world.

The film centers around two septuagenarian strangers, a white woman named Lee (Learned) and an African American man named Ben (played by the late John Wesley) who strike up a conversation in a movie theater while waiting for the movie to start. Both are alone and are surprised to discover an easy and immediate connection to each other. After the movie, Lee and Ben decide spontaneously to continue their evening together. As they talk into the night, the two open up about their pasts. They are shocked to discover how a long-ago era of racism has drastically altered the course of both of their lives but they are also profoundly grateful to have lived long enough to have a second chance at righting some panful wrongs.

“The world is still in the process of dealing with racism,” says Learned, who was in Las Vegas earlier this month to receive a Lifetime Achievement Award at the Las Vegas MegaFest International film festival following her second win for Best Actress at the Hollywood Women’s Film Festival. “We’re better than we were but we have a long way to go. In SECOND ACTS, Lee and Ben couldn’t even be friends when they were younger – her father would have had a fit -- but now they are older and free enough to fall in love.”

“Racism is taught.” she continues. “Children are colorblind. My dad was in the CIA and when I was growing up, we had a black chauffeur named Ambrose who was like a second father to me. When I was three years old, I tried to wash his skin off – when you are little, you don’t know any better. As a teenager, I was in Washington D.C. when they integrated the schools. My parents told me that if I walked out of school because of it, not to come home. I had a very light-skinned teacher. She sat alone, except for me.”

Currently, Learned is preparing to star in a play in Kansas called “The Last Romance.” The lead actor in the romantic comedy also happens to be African American though she says she didn’t consciously choose to do the play because of that. Learned came to prominence as Olivia Walton, the matriarch of the family in the World War II depression-era drama “The Waltons” that espoused family values and ran for a decade and is currently celebrating its 45th anniversary. At 78, she says that acting is all fun now because there is nothing pulling on her, She laughs that her husband of 30 years likes it when she works because he finds her more interesting. She prefers theater to TV, the latter being a medium in which she could spend 18 hours sitting around in a trailer, which she found very stressful.

To that avail, she reveals that the long hours involved in doing “The Waltons” very much affected her family life. Her three sons would be waiting at the door for her to come home with problems they needed to discuss no matter what time she arrived.

“I would tell them to write down what they wanted to talk about on a piece of paper and put it in my jewelry box and we’d discuss it when I got home.” She recalls. “I was so lucky to have a housekeeper named Mrs. Blair who was like a mother to me and a grandmother to my kids. She stopped me from smoking and kept the house together. She worked for me for 20 years until she retired.”

As for the fact that she was wed four times, Learned notes that she never had affairs but rather got married. She now is a grandmother of five. Where her own upbringing was concerned, she grew up the oldest of six girls in what she terms a WASP family with parents who were very charming and cavalier but who drank a lot.

“I never knew when the rug was going to be pulled out from under us,” she admits. “On one side, life was idyllic, especially when we lived in Austria in a place reminiscent of ‘The Sound of Music.’ But on the other side, I knew that there was something terribly wrong and I went into a depression. I used to cry and tremble all the time. At 12, I had a nervous breakdown. I had therapy for years and I/m fine now. Acting is also very therapeutic and cathartic.”

Learned says that the best time of her life happened when she met her current husband John right before her 50th birthday. Her kids were grown and she finally had a sense of who she was.

“I spent a lot of time trying to be perfect in my real life especially when I was playing Olivia Walton, who was an icon of perfection,” Learned admits. “There is no such thing. The greatest lesson I have learned is ‘Don’t hide your light under a bushel.’ Don’t hide your vulnerability and sweetness. I thought I was supposed to know everything because that’s what my father thought. His way of teaching was to growl. He was very strict.”

“I think I am finally authentic,” she sums up. “And I’m delighted to make a film like SECOND ACTS where a woman my age falls in love.”

SECOND ACTS has confirmed an offer to air on Direct TV's dedicated short film channel called Shorts HD from a company called Shorts TV (https://shorts.tv/en/). ShortsTV is the global home of short movies, with the world's largest catalogue of high-quality short movies available on TV, online and in theaters, and also produce original short film content for broadcasters and brands.