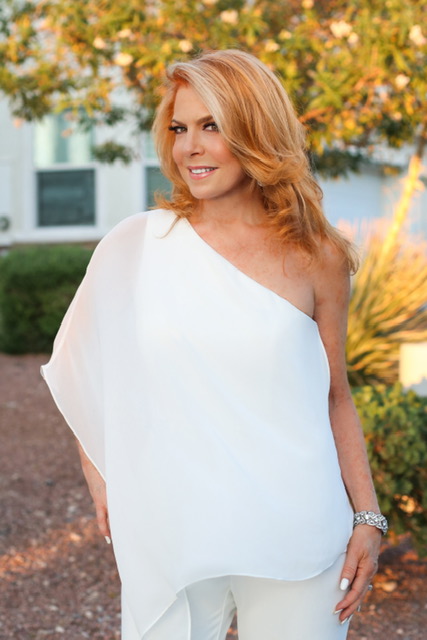 If you are planning to go out this New Year’s Eve, you may just want to take note of all the talented fun people who will be sitting in.

“The show will feature Merald “Bubba” Knight Jr., who is a four-time Grammy winner, Rock ‘n’ Roll Hall of Fame Inductee, and founding member of Gladys Knight and the Pips, and Prince Protégé Elisa Fiorello, along with several other surprise guests,” Clinton relates.

Beginning at 8:30 p.m., the entire night promises to be a ringer when it comes to celebratory fare: A flute of bubbly, a luxury handcrafted seven-course dinner, dinner music by Mike Clark and his band, live entertainment with Kelly and guests, party favors, premiere viewing for the Las Vegas fireworks, and a “First Hours of 2022” decadent chocolate dessert reception and dance party in the Piano Bar Bistro, all for $165 per person or $300 per couple. Additionally, there is a pre-performance private reception with Clinton for $35, which is limited to 50 guests.

Clinton’s move from her long-term gigs at locales such as Turnberry and The Bootlegger to The Showroom at the Nevada Room on East Sahara Avenue in Commercial Center came about after a severe bout with COVID, which left her a long-hauler from November 2020 to July 2021. Her husband, renowned headliner Clint Holmes, got the virus bur only had a mild case.

“I have a compromised immune system and I got extremely sick with pneumonia,” she reveals. “I spent a week in the hospital. I had lung damage and was on steroids and couldn’t walk two steps without feeling like I was having a heart attack. My husband and family, close friends, and my dog didn’t leave my side.”

“It made me realize just how fragile everything is,” she continues. “Time isn’t promised and you start to re-evaluate what is important to you. It made me realize what I wanted to do next. I had a vision – I wanted an intimate showroom where people could watch a show, dine, and be entertained, laugh, and feel good for a few hours. I saw it as being kind of a variety show like ‘The Carol Burnett Show’ or the Dean Martin, Ed Sullivan or Smothers Brothers shows. I wanted to call it The Sit In and have special invited guests from singers to musicians, variety acts such as magicians, and sketch comedians.”

When entertainment finally re-opened in Las Vegas this year, owners Tom Mitchell and Chef David James Robinson brought Kelly over for a tour of the newly expanded Nevada Room. And Clinton found her dream 100-seat venue in The Showroom. She opened her Thursday night only show there on September 9, 2021 and it has been sold out every week since.

“Carol Burnett is my hero,” Clinton exclaims. “I grew up watching her show every week and it is the variety genre in which I am most comfortable. Having different guests every week on my show makes it more interesting and guarantees the quality of entertainment. I usually have nine people on every week – the show is from 7 p.m. to 10 p.m. I start out with a couple of songs and greet the audience. Then I bring on guests, most of whom are local celebrities who are well-known and respected. So far, Earl Turner, Mac King, Michelle Johnson, Frankie Scinta, Martin Nievera, Bill Fayne, Broadway star Ruby Lewis, and, of course, Clint, have joined me.”

Clinton, who is a seasoned entertainer and a master of improvisation, having had a multi-faceted career in show business since she was 19, including being a backup singer for Wayne Newton (and does a hilarious impression of him) and later for Engelbert Humperdinck, says her show is “planned spontaneity” where things just happen and unfold.

“I enjoy thinking on my feet,” she smiles. “The room in the Nevada Room feels like an old-school showroom. Everyone feels comfortable and can enjoy a la carte food and drinks. Plus, the chef is creating new drinks all the time. And safety protocols are observed and masks are required.”

For Clinton, the shoe fits and nobody wears it better.