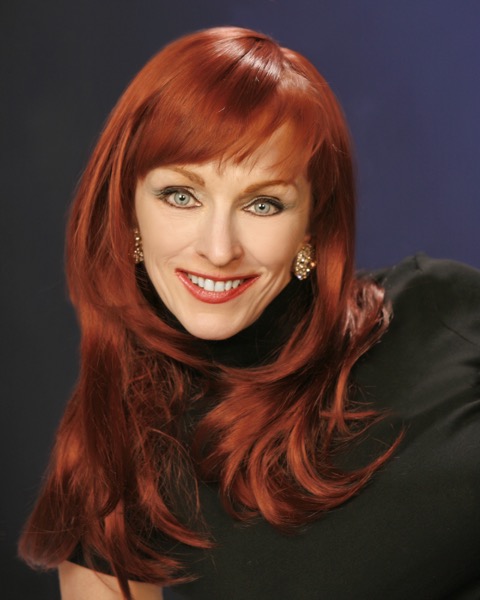 Enterprising magician Connie Boyd is proof positive that what happens in Vegas doesn’t always stay in Vegas. However, this beautiful and talented Las Vegas resident is poised to make that anomaly disappear in a flash.

As of late, Boyd has been riding a wave of extreme popularity out of the city and the country with international theater and television appearances and most recently on Costa Cruise Lines. The award-winning illusionist, who debuted in Las Vegas in the mid-80s and performed for many years in the city, left Las Vegas during the recession and hasn’t stopped working since. Credited with “bending the gender gap of a traditional magic act “(CNN Showbiz Today); “breaking the glass ceiling of magic to become the most foremost female magician of our time” (Easter Seals Telethon), and called “the premiere female magician of the day” (San Francisco Chronicle), she pulled her own unique transformation out of the hat beginning in 2008 when she initiated Connie Boyd Magic Productions. She has been creating and producing highly successful magic production shows starring eye-catching female magicians, two currently from Las Vegas, for Costa Cruise Lines, which has ships cruising the Mediterranean, Asia, the Far East, Indonesia, South America, and Fort Lauderdale, Florida. Now Boyd is poised to bring her woman power home.

“The show is versatile for Vegas,” she continues. “It could be either a sexy late-night show or a family-oriented show and it can be scaled up or down. The women are talented, sexy and sultry but also sophisticated and classy. Las Vegas has always been associated with beautiful women and this is a well-paced, vibrant show with female magicians and variety acts. Or it could end up just being a variety of female magicians performing different genres of magic. The options are through the roof but one thing won’t change -- it would be a production that highlights quality, beauty and talented women in sexy but elegant costumes.”

As for her own entrance into the Las Vegas performing arena back in the late 80s, Boyd, who hails from Canada and has a theatrical and dance background, assisted a young juggler named Wally Eastwood. Together they secured a spot in the show SPLASH at the Riviera in Las Vegas. It was after witnessing Barclay Shaw’s beautiful magic in that show that Boyd realized that she wanted to be a magician, even though females in the art were very rare.

Boyd learned magic and presentation from David Copperfield’s magic consultant, Don Wayne and his choreographer/director Joanie Spina. Along with all the technical aspects of the art, one of the biggest lessons she learned was “that one must take responsibility for one’s equipment and one’s self.”

It was Boyd’s proficiency and uniqueness in the art that afforded her the opportunity to sub for Lance Burton for a year in the “Folies Bergere” at the Tropicana in 1989 and then take over his spot permanently when he left to do his own show at the Hacienda. She became known for such illusions as “Floating and Flying” and “Cloth Vanish,” Boyd went on to perform in “Jubilee!” at Bally’s, had her own show at the Riverside in Laughlin, opened for both Louie Anderson and Eddie Arnold in Las Vegas, did television appearances out of L.A., performed at numerous corporate gigs and much more. She also won the awards for “Best Cabaret Magician” at the World Magic Awards at the Hollywood Palladium and the Prix du Public (People’s Choice Award) at the Grand Prix Magiques de Monte Carlo.

From the beginning, Boyd created her own style, starting with the basics and giving them a feminine twist. She also built her own props from the ground up – she would do mock-ups and then take them to a welder – and created her own material, making it interesting and unique. She still does it all to this day.

“I like to drill but I do the mockup and let a professional put a prop together,” she laughs. “Magic stimulates me. I love the creative side and working with the technical people and coming up with things that are different. ‘Beauty of Magic’ is 80 percent original and unique to me. For me, there is always a story behind an illusion.

“I always try to produce magic like a woman instead of like a man,” she sums up, stating that female magicians are still mostly an anomaly. “I use my background in theater and dance in my magic. I like magic that looks like it’s real and tells a story. For example, a table or chair is pretty real – you don’t expect it to be magical.”