Magical Moments at the STRAT 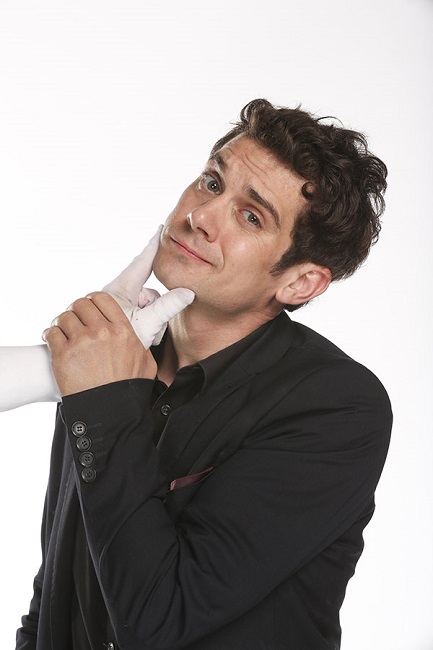 Reaching far up into the atmosphere, the STRAT boasts a 1,149-foot-tall observation tower, making it the tallest in the United States and the second tallest in the Western Hemisphere. Now the hotel casino’s entertainment lineup has added a new element to breathe in, one that’s proof positive that there’s magic in the air.

Illusionist Xavier Mortimer, who recently played Bally’s and before that Planet Hollywood, has moved to the STRAT, offering his audiences a bigger stage and an expanded show. Originally from France, Mortimer has become known for his unique one-of-a-kind stage illusions as well as his street magic videos on social media that have garnered over 14 million followers and seven billion views, making him one of the most followed magicians in the world, if not the most followed.

“The format is new and people aren’t accustomed to the magic I do,” Mortimer explains about his uniqueness. “It is new, original and there is a lot of production value. Also, where my videos are concerned. the illusions in the street seem impromptu but there is a lot of work behind them. The trick in magic is to find a new way of presenting old tricks. It is an artform that cannot be put into a box.”

“I don’t think of there being 12 magic principles,” he continues. “In my vision, it is more about the art. I think of magic as an image more than a combination of things. In my show at the STRAT, I do 14 different acts or vignettes. There can be 10 effects in some vignettes. I do five large illusions that are three to four minutes maximum and mind-reading, juggling, acrobatics, and visual magic are also included in my performance.”

Mortimer discovered close-up magic when he was 9 or 10 and fell in love with it. He began looking for books and other things from which to learn. But he says that his biggest inspiration was Charlie Chaplin.

“I loved the character who was having adventures and I tried to put that in my show,” he reveals. “I am a character who is a magician and there is magic happening all around me. I am trying to bring people into my world of magic. My approach is based on images rather than buying an illusion and putting different music to it. Every illusion is different than what has been done before. Sometimes it’s based on classic stuff but with a twist that is always original and depicts the fact that I am a character that performs magic rather than a magician who tries to fool people. The approach is very different.”

Born in a little town in the mountains near Bordeaux in the south of France, Mortimer began his show business career as a comedian. He also has a background in music and, in fact, writes the music for his show. He initially came to Las Vegas for three months to perform in “One,” the Michael Jackson spectacular at Mandalay Bay, in which he was a main character performing comedy and acrobatics along with a little magic, and never left. He had met his current producer, Alex Goude, at the same time that Cirque called him to perform in Vegas and three years later, Goude called him to give him exciting news -- he had a room for Mortimer at Planet Hollywood in which he could perform his own show.

Over the past six years, Mortimer performed his own show, first at Planet Hollywood then at Bally’s. Now he is happily ensconced at the STRAT in a much larger room and his expanded show offers more illusions and a much greater magical experience for his audiences. This is the third version of his show, he relates, revealing that creating his illusions can take a few months to a few years. He is always thinking outside the box

“I love every illusion I create because it comes from a dream, an image that I create,” Mortimer says. “Each one is like a baby. I see each image like I am a painter painting a picture. I love sharing with audiences my vision and passion. When you do your own thing and have performed for more than 20 years, every night on stage is a challenge. But every night represents what I love in magic. The magic I perform is the mafic I would love to see.”