Keeping Up with the Jones 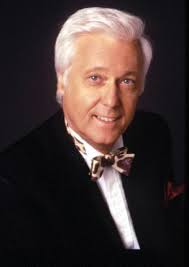 Grammy-award winning singer Jack Jones has just released an album called Seriously Frank in honor of Sinatra’s 100th birthday but, Frank-ly speaking, you can rest assured that all the songs on it are done “his way.”

Jones, who recently performed at the Suncoast and exemplified the fact that Las Vegas is still his kind of town when he celebrated the album’s release at the Bootlegger on November 6th, was long ago deemed “the singer’s singer” by many of his peers and was touted as “one of the major singers of our time” by Sinatra himself. Jones not only deeply admired the icon known as the “Chairman of the Board” but had a close and long-lasting friendship with him as well. Jones chose all 13 songs on the album personally, which he feels accurately depict the life, times and career of Frank Sinatra and sings the tunes, arranged by acclaimed musician and composer Patrick Williams and accompanied by a 22-piece band, with his own interpretation and inimitable style.

“My high school years were filled with Frank Sinatra,” recalls Jones, the son of late singer Alan Jones. “I went to school with Nancy Sinatra. One day she brought her dad to school to sing for an hour at one of our auditorium assemblies. He sang songs from his album Songs for Young Lovers accompanied by the Ray Anthony Band. That was the day I decided that I wanted to be a singer

“Dad sent me to operatic teachers so that I could learn to sing properly without hurting my voice,” he continues. “But Sinatra was my learning process. He was really into the lyrics and would use, what we call in acting, sense memory. He made himself part of being in that moment and he had all the emotions built in because of his life, Ava Gardner, his career, etc. When I recorded the album, I put myself in a place when I was suffering so that I could relate to the songs.”

The seeds for Seriously Frank were planted when Jones was approached by the gentleman who owns the McCallum Theater in Palm Desert, CA, who wanted to do a four-part Sinatra series with four different singers –Michael Feinstein, Frank Sinatra Jr, Steve Lawrence, and Jones. At first, Jones didn’t want to do it feeling that he couldn’t follow Sinatra Sr.. But then he thought about it and seeing it from a perspective of it being a different opportunity in his life, decided if not now, when? Since he didn’t have a Sinatra show, the idea for the album was born. His performance at the McCallum Theater will take place on March 4, 2016 with his show being culled from Seriously Sinatra.

“I knew how Frank would have liked the songs sung – without copying him,” Jones acknowledges. “So I decided to do some songs I’ve always loved such as ‘When The World Was Young’ and ‘Only The Lonely.’ Others I love that are on the album include ‘Teach Me Tonight,’ ‘That’s Life,’ ‘The Best Is Yet To Come,’ – those word are inscribed on Frank’s tombstone -- ‘I Guess I’ll Hang My Tears Out To Dry,’ and ‘The Singer.’ ‘The Singer’ was written by Vinnie Falcone, Frank’s musical conductor for 10 years, and is about Frank. But I can’t imagine ever singing ‘My Way.’”

Jones, who won two Grammys, one for the song “Wives and Lovers” in 1954 and the other for “Lollipops and Roses” in 1962 and has been nominated five times, is still touring. The Voice of the iconic “Love Boat” theme song, he is also the voice of Greg’s frog in the Cartoon Network’s 3014 miniseries Over the Garden Wall.

As for what are the biggest regrets in his life, Jones admits that it was back in 1977 when he was given a song by its publisher and recorded it on his What I Did For Love album. But his record company refused to release the song as a single because they didn’t think it would be a hit. So when record producer Joel Diamond, came to him a year later and told him that he wanted to give the song to another artist, Jones acquiesced. That song was “After The Loving” and the artist was Engelbert Humperdinck for whom the song was a massive hit.

“The same kind of thing happened with the song ‘Strangers In The Night,’ which was one of Sinatra's biggest hiss,” Jones remembers. “But I’m happy with my career -- I’m more fortunate than most. I’m enjoying success and the respect for what I do. People who see my shows seem to get it. I’m not a rock ‘n’ roller and I don’t regret that but it has been a bit of a problem in my life. I think my greatest asset is my integrity – I keep my word. If I have one regret in my personal life it’s having had three beautiful children from two different marriages and not being able to spend each moment of life together because I was travelling so much.”

“The best of it all has been music and having the good fortune and the ability to keep singing,” he sums up. “There is such a joy in singing. It’s been a wonderful life. I’m just hoping to keep it all safe.”