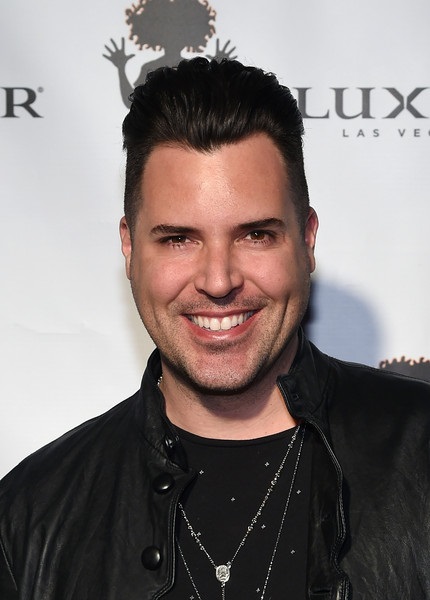 Yes, it’s true. Singer/songwriter Frankie Moreno is going to be performing UNDER THE INFLUENCE this weekend, June 24-25, and next, July 1-2, at Planet Hollywood. But be prepared –ask him about it and he’ll just give you a song and dance.

In fact, he’ll give you several songs and dances, the latter compliments of former “Dancing with the Stars” cast member and Moreno’s girlfriend Lacey Schwimmer, who choreographed the band and her own segments And, ultimately, the only people who will be teetering and swaying on their feet will be the audiences who are moving to Moreno’s original and cover tunes, which he sings accompanied by his talented musicians. That’s because UNDER THE INFLUENCE actually refers to the artists who have influenced Moreno throughout his life.

“This show is so much fun and different from what I’ve performed before,” says Moreno. “Before it was just my band and I playing and doing things. This show has a lot more production, video screens and props, which makes it more of a big event. It’s also a little different in the musical sense. Where my other show was all my original music, this one is half my original tunes and half covers of songs by great artists from James Brown and Jackie Wilson to Frank Sinatra. I even bring in occasional guest stars like Graham Russell of Air Supply, the Righteous Brothers, and Joshua Bell, who sang “Eleanor Rigby” on the hit recording he and I had and performed it live with me for the audience.

“I was playing at The Smith Center in the Cabaret Jazz room last year for a year and that’s when I started ‘UNDER THE INFLUENCE," he continues. “Each week, I did a completely different show with music from artists such as Sinatra, the Beatles, Garth Brooks, Sting, and many others – I did 45 different shows. I loved what I was doing and thought, let’s take this and make it bigger. That’s how this show evolved. Then Vincent Marini of Base Entertainment entered the picture. I did all the music and he did the presentation behind it.”

Moreno notes that he and his band were the first unknown band to ever become popular playing original music in Las Vegas, where doing original tunes seems to be an issue unlike in other cities. Up until The Smith Center, Moreno had never played other artists’ music and found it to be a fun experiment. He says that he loves all the old rock ‘n roll songs from artists such as Jackie Wilson and James Brown and doing songs from the Beatles, Police and Bruno Mars. But his biggest influence?

“Mozart,” he responds. “That’s all I play at home. I’m a crazy Mozart fan. I listen to the counterparts he wrote and try to use them in my composing as much as I can. I go to Vienna, Austria, to write music and around my neck is an actual skeleton key to Mozart’s apartment there. I write everything but my brother, Tony, helps write some of the music, too. I’m really big on lyrics. They have to really mean something special so that I can deliver them on stage. When I sing other artists’ songs, I interpret them; I do my own take on them. The only way to make them good is to put my own spin on them.”

Where his writing is concerned, Moreno says that he constantly hears music in his head – and in its entirety. He hears the horns, the other instruments, and even the background singers. He just lets it play out and remembers it, then he jots it down, having the ability to write sheet music. Moreno has published four full symphonies.

Having often been called a throwback to old Las Vegas re his performing style it’s a comparison that Moreno relishes.

“There is nothing today like when you had stars like the Rat Pack and Elvis Presley performing here back in the 60s and 70s,” he expresses. “They used to have fun with the crowds. But once they and the other great headliners left, Las Vegas turned into a production show city. I grew up with those entertainers being here but many of the new artists don’t understand what that was. I studied it; I know what it was and what it could be. The only way to do it is to bring back that vibe, that sense of looseness and having fun with the audience. I can’t materialize that era but I hope to bring back the magic of that era, which is the connection with the audience.

I want to carry the flag for that,” he sums up. “I want to be Sinatra. I want to open the door to make it okay have fun with the audience. There is no script to my show – it’s 100 percent ad-lib every night. We also need to start getting live entertainment back in the lounges so that all the entertainers can come in and jam after their shows. This city created that and lost it. Tribute acts are not the way to go. What can anybody take home from that? People need to see something they’ve never seen before, something they can only see that night.”

That’s what happens when you’re "under the influence" of Moreno’s show.