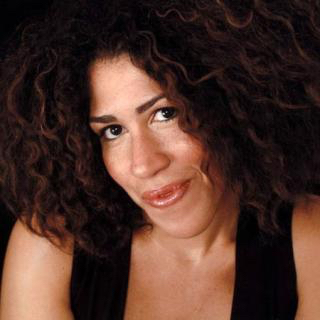 If into your life some Rain must fall, then let it be indoors at the L.A. Comedy Club at Bally’s this weekend where Rain Pryor, daughter of the late comedian Richard Pryor, will be recording a live comedy album for Uproar Entertainment. A smile, not to mention outright boisterous laughter, will definitely be your umbrella.

In fact, it may be pouring Pryors, with Rain’s younger comedian brother, Mason, opening for her and her older brother, Richard Pryor, Jr., who is a singer, actor and writer, possibly joining in the mix. (“We’re like the little engine that could,” Rain quips.) The CD will be recorded over four nights – December 18. 19. 20, and 21, with the best from the each night making it into the final version.

“I couldn’t be more proud, and also surprised to sign with Uproar,” says Rain, who performed her one-woman standup show, “Fried Chicken and Latkes,” for 10 years Off Broadway to rave reviews from the NY Times and Broadway World and, most recently, has been headlining standup in venues across the country doing standup. “This was totally unexpected but certainly aligned and orchestrated by a higher and more divine source. I was very nervous about it when David Drozen approached me because he had produced my dad’s albums and I was talking a leap into what, for me, was unknown territory and felt that I had big shoes to fill. But things have come full circle and it feels great. I’m doing this for my dad. And I’m tickled by the fact that my baby brother is opening for me.”

Signing Rain to Uproar Entertainemt has brought Drozen’s record industry career full circle as well, thanks to his prior Pryor ties.

“In early 1970, I saw an unknown comic perform at The Comedy Store,” he recalls. “Recognizing his comedic genius I signed him to Laff Records, the label I owned with my father, Louis Drozen. I produced 12 Richard Pryor albums, six of which were Grammy-nominated and one a Grammy winner. We kickstarted Richard’s career. Rain Pryor is a comedic talent in her own right. Her material is not so different from her father’s but is delivered from her unique female perspective with her personal history as the backdrop. She inherited her father’s comedic genius and is making it her own. I am beyond excited to have this opportunity to work with Rain Pryor, continuing the Drozen-Pryor comedy relationship.”

Early success for Rain included TV acting roles on Head of the Class, Rude Awakening, and Chicago Hope; motion picture roles in films such as Jim Carrey’s How the Grinch Stole Christmas; live stage appearances for multiple productions and documentaries, and appearances for major causes in theater and non-profit organizations.

As for Rain’s comedy performances, she notes that she combines characters and storytelling with standup and that she finishes her show with a tribute to her father. She writes all of her own material, feeling that if she fails, it’s going to be on her own accord. She calls her act “autobiographical meets social justice” and says that she talks about race a lot because that’s one of the factors that has shaped and formed who she is. Being black and Jewish – her mother is Jewish as are her maternal grandparents – has given her an acute social awareness.

“I was raised by my mom and my grandparents so I can cook all the Jewish foods,” she laughs, actually cooking for Hanukkah as we do this interview. “I live in Baltimore, Maryland, in a purely Orthodox Jewish section. A lot of family on my mom’s side live here, which is great because I have an amazing blended support system for my six-year-old daughter when I have to work. Plus, her dad and I – we were married for six years and have been separated for three-and-a-half years – is in my life and we are very close.”

Admittedly, Rain’s own childhood has had a major impact on the person she is today. She says that it was “awesome” growing up as Richard Pryor’s daughter.

“My dad really was a dad,” she laughs. “He was a ‘do as I say, not as I do’ person. I remember once sneaking out late at night and he came over to my friend’s house and literally pulled me out by my hair. But we were such a silly family. We’d joke about inappropriate things because we were so open. We found hookers and drugs hilarious.

“My grandfather on my mom’s side, Herbert Bonis, managed Danny Kaye for 35 years, “she continues. “I grew up surrounded by talent from old-school Hollywood to that from 1970’s humor and comedy. I was around Lily Tomlin a lot. My dad wrote his own material pretty much. Even in the house, he was writing constantly. He was terrible at spelling but he was a comedic genius who thought extemporaneously. I’m like that – something has to hit me then I write it down. Onstage, I’m about 20 percent ad-lib.”

Rain says that what she got most from her father was his truth and his honesty. She reveals that all the Pryor kids are honest and blunt to a fault and that she has lost many a job because she is so honest and blunt, which is why she works for herself. Her father taught her to always tell the truth and to be herself.

When it comes to her art, Rain follows another important piece of advice that her dad gave her, which is to follow her instincts noting his counsel that as she grows, she will change as will her voice and material. Next to her daughter and the fact that she is a “heck of a mom,” Rain is proudest of the fact that she doesn’t sell out or take a shortcut. She admits that she doesn’t follow the system and that makes her feel good inside.

So what is it that she wants people to know about her the most?

If she’s going to Rain on your parade, it will be with her own drops of hilarious comedic wisdom.