Matt Kazam: Comedy for the Ages 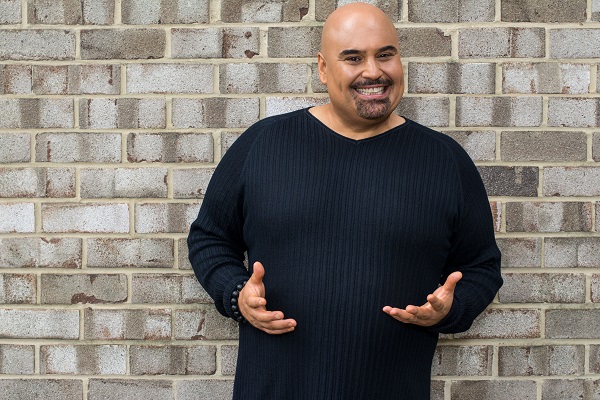 Did you hear the one about the comedian who espouses that “40 Is Not the New 20?”

It is guaranteed to be the best laugh you’ve had “in ages.”

Appearing nightly at the Riviera Comedy Club, Matt Kazam’s mega-clever repertoire shows that he’s definitely got your number when it comes to the differences between the generations. But, in this case, it’s the humor – and the truth behind the humor – that really counts.

“All my material is based on logic,” Kazam, 46, says. “We used to have common sense. Life may be easier now but it’s not necessarily better. We’re losing logic, work ethic, creativity, and self-reliance. It’s contradictory to who we used to be. Things are done for us now because of technology. It’s made life easier but it’s taken all the joy out of things. We look for joy but it doesn’t exist.

“We’re even robbed from calling someone,” he continues. “Now we text. We don’t have to personally connect with people anymore – technology does it for us. How are we going to pick a kid to be president? These kids have no skill sets to help them function in the real world – communication is dead. How are they going to live on their own? We had a hell of a past; we had social communication. This is one of the things kids today can’t do. We also used to be able to solve problems and kids can’t anymore. They expect everything to be handed to them.”

Kazam says that he is amazed at how many parents never told their kids about the way they grew up. He reveals that his grandfather used to wash tin foil during the depression and that fact has stuck with him his entire life.

“I’ve been a social philosopher for the past 25 years with my act,” he explains. “We have serious problems in the U.S. and my show does point them out. Today, everyone is allergic to everything – I ate paste when I was a kid. There was no ADD when I was growing up – we were just kids. Race is going to continue to be a problem. Hopefully, people will be able to connect the dots by the end of the show and. somewhere inside. identify with what I’m saying.”

Feeling that his main responsibility is to make people laugh – noting that small children laugh 400 times a day while adults laugh only three times a day and that he desires to raise that average – Kazam says that the way he does comedy is very old school. He grew up watching Don Rickles, Freddie Roman, Shecky Greene, and Buddy Hackett and while he began writing jokes and performing for his family at the age of three (his first joke was about peas), he had wanted to perform live since the age of 10 when he saw Joan Rivers and Greene on stage. He honed his craft at the comedy clubs alongside the likes of Jerry Seinfeld, Jeff Foxworthy, Ray Romano and Drew Carey, the latter with whom he shared a comedy condo for a week. To date, Kazam has done almpst 6,500 showa.

As for the way he works, the comic says that it is about the beats, the cadence, and the timing of the lines in the show. He explains that he looks at the beat and the syllables and he knows how the words fit into what he is trying to say, citing that it’s necessary to be a wordsmith to do what he does. He states that George Carlin was his idol and that Carlin never did anything unless it fit in.

“Without Lenny Bruce, there would have been no George Carlin,” Kazam acknowledges. “And without George Carlin, there would be no us. He was the guy who said that you can call people on their shit and do something where there’s a void, like talk about politics or how screwed up the world is and that not everyone’s a winner. He put thought into this. He was pretty deep.

“I’ll take a joke past my initial observations,” he adds. “I don’t only want to get a laugh, I want to stimulate some kind of thought. I start out with the easy stuff, then move on to the smart stuff, then the dirty stuff and we’re done. That’s my formula. Pat Cooper gave me the best advice 24 years ago. He told me to just worry about being funny and the rest will take care of itself.”

Kazam relates that he goes back to the old radio comedians because they had the biggest impact on him. He learned how to create pictures with words from them as well as learning riming and how to get a laugh with a look.

“My goal is to make people laugh these many times on stage and to show them what standup used to be,” he sums up “My dream has come true. I can touch people’s minds as well as their hearts.”

Everything old is new again.