Hundreds Gather at Celebration of Life for Tony Sacca

Hundreds Gather at Celebration of Life for Tony Sacca 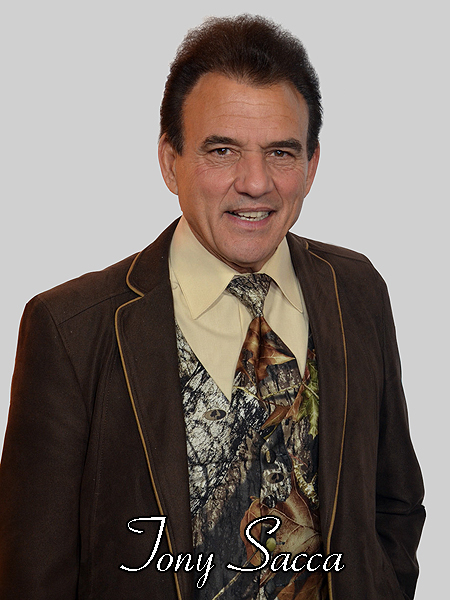 Hundreds of friends, fans, VIPs, and numerous celebrities gathered together on Monday afternoon, February 6 inside the main showroom at the Stratosphere for a Celebration of Life for beloved, longtime Las Vegas entertainer/TV show host/ producer, Tony Sacca who passed away Monday night, January 31, at a local hospital after suffering cardiac arrest. His longtime love and partner, chef Josette LeBlond was at his side. 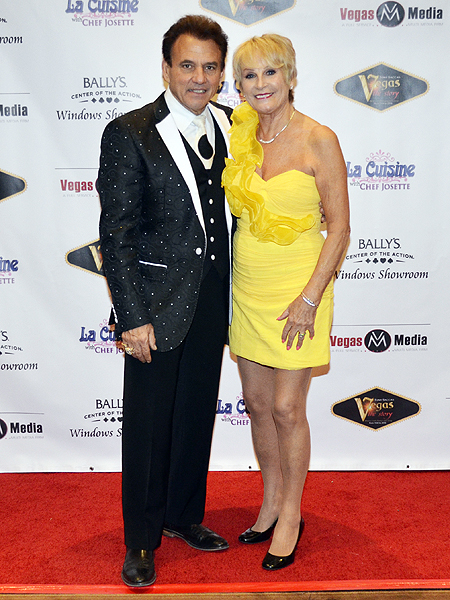 There was standing room only in the packed 650 seat showroom for the event hosted by Tony's longtime friend, Ron Garrett, who, for years, was Entertainment Director at the Sahara.  Several notable entertainers such as singer Tony Orlando,  legendary impressionist Rich Little, comedian and Emmy award winning actor Louie Anderson, master magician Lance Burton, illusionist Siegfried Fischbacher (of Siegfried & Roy fame), Wayne Newton, Frankie Scinta (of the multi-talented The Scintas)  made their way to the stage to pay tribute to Tony Sacca.  Each shared their own personal story and experience with the showbiz veteran, who would have turned 66 on February 20, 2017.  Other celebrities that showed up to pay their respect and were spotted in the audience were female impersonator Frank Marino of Divas La Vegas, Zowie Bowie's Chris Phillips, singer Earl Turner, sports legend Rudy Ruettiger and The Bronx Wanderers's Vinny Adinolfi.

Born in Philadelphia, Tony was bitten by the show biz bug as a child and later performed all over the country and in Puerto Rico with his identical twin brother Robert, as the Sacca Twins. They moved to Las Vegas in 1981 and landed a gig in the lounge of the old MGM Grand that is now Bally’s. After Robert succumbed to leukemia in 1999 Tony began a solo career.  Among his many achievements and accolades, Tony hosted Las Vegas's longest running TV talk show, Entertainment Las Vegas Style, where he interviewed over 500 celebrities.  He was the talent director, host and star performer of the San Gennaro Festival,  and produced and hosted the annual holiday, fundraising show “Merry Christmas Las Vegas” for 30 years.  It was former Mayor Oscar Goodman, who dubbed Tony “Las Vegas Entertainment Ambassador” and in 2008 Tony was given a Star on Las Vegas Blvd.  Most recently, Tony's dream of headlining a show on the strip finally came true with the opening of his show, Tony Sacca's“Vegas The Story”, staged at 2pm in the Ballys Windows Showroom, that garnered rave reviews from audiences and critics alike. 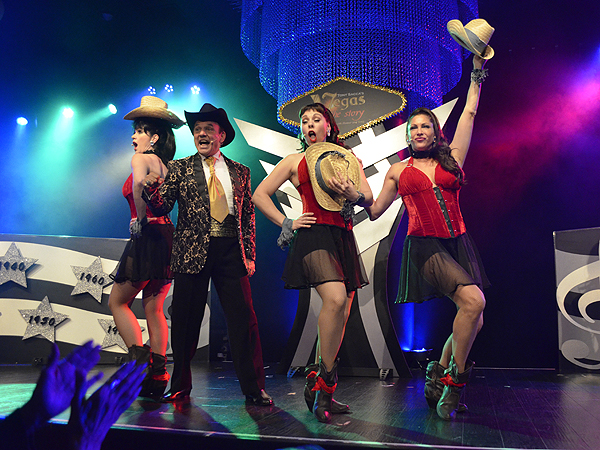 In paying tribute to his friend and fellow entertainer, Tony Orlando stated, “Of all people, Tony represented this town.  No one loved show business more than him. He didn't headline one room.  He headlined the city and become a piston to the engine that makes this town work.”

Joining Sacca and the love of his life, renowned French Chef Josette Leblond, were invited guests including members of the media, close friends, and several celebrities and entertainers including Spanish born actress, comedian and flamenco guitarist Charo, singer Denise Clemente, former showgirl Cindy Doumani, Hall of Fame Broadcaster and Marketing and Advertising Executive Ron Garrett, and Ms. America 1997 Susan Jeske, among others.  The event featured a delicious buffet, live musical entertainment,  Classic Vegas Entertainment footage, and recognition from local and state dignitaries and even the White House for Sacca's outstanding achievements, including holding the title of the longest running talk show host in the history of Las Vegas, as well as his volunteer work and service to to the Las Vegas community. 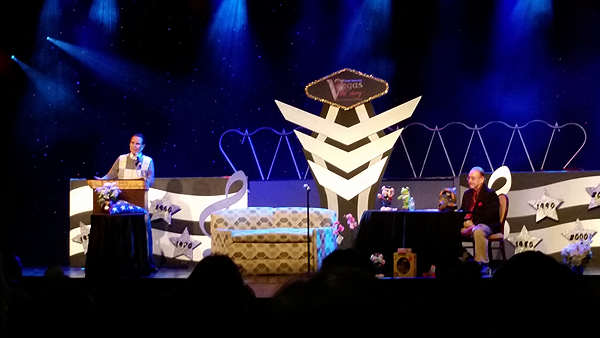 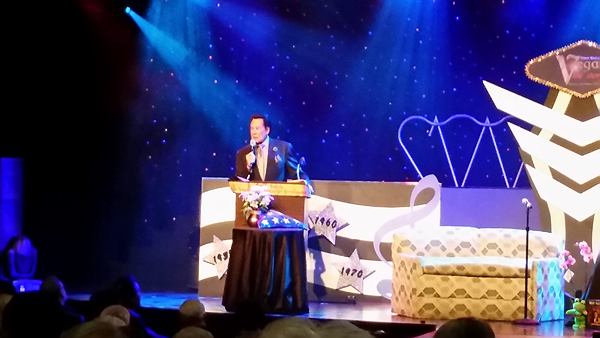 Lance Burton stated, “Tony was part of the fabric of Las Vegas.  We lost a bright and shining light in the neon of Las Vegas. Let us be thankful that we had him for so long.”

Louie Anderson brought some laughter to the crowd by jokingly saying, “ Tony changed my life. I once weighed 190 pounds. He sent me photos of Raymond Burr and William Conrad to be my inspiration. He was trying to get me to diet, and I thought he wanted me to look like them. Tony’s annual San Gennaro Feast is responsible for one of my stomachs.” All kidding aside, Louie went on to praise Tony, adding, “My interview with Tony was the greatest I ever had. Tony respected all of the performers in Las Vegas, and if you don’t respect the performers here, you have missed the point of Las Vegas. He knew it. He had a great instinct.”

Frankie Scinta shared a voice mail on his cell phone from comedian George Wallace who said, “You know Tony would want us to laugh.”

Eric Bonnici, Executive Director of The Nevada Broadcasters Foundation posthumously awarded Tony with the Commemorative Medallion of Service for his work in the broadcast industry.   Tony's older sister, Marie Tully, who flew into Vegas from the East Coast with her husband Ed, graciously accepted the award and went on to say “Tony always worked hard, especially when he moved to Las Vegas. Words cannot express how proud I am of my brother right now.”

Those who were unable to attend the event but were shown on video paying tribute to their fellow performer and friend included comedian Marty Allen, singer Lina Prima and comedian/actor Sandy Hackett.

On a personal note, I knew and was friends with Tony for over 20 years.  Like everyone, I was shocked and saddened to learn about his sudden, unexpected, passing. He made an indelible mark on the Las Vegas entertainment scene and will be missed. I know he must have been looking down from heaven and was thrilled about the vast turnout for his Celebration of Life.  Gone but never forgotten, Tony, may you rest in peace.

In lieu of flowers, Sacca’s family request donations sent to the Youth Foundation For The Performing Arts. Always wanting to help young performers, the money goes towards scholarships for students studying the musical and performing arts. This nonprofit has assisted Denise Clemente’s students in her Rising Stars program. Checks can be mailed to the Vegas Media office at 5430 Sandpiper Lane, Las Vegas, NV 89146.