Although comedian and actor Paul Lynde passed away 35 years ago at the age of 82, his persona is cleverly and brilliantly brought back to life in The Paul Lynde Show, which recently opened inside Windows Showroom at Bally's.  The show is written and performed by the very talented comedian and acclaimed celebrity impersonator, Michael Airington, who delivers spot on, quirky, vocal intonations and mannerisms of Lynde. while immersing himself into the role of the flamboyant late stage, TV and film personality who rose to fame in the 1960's and 1970s and was best known for his hilarious risque answers on the TV game show The Hollywood Squares. 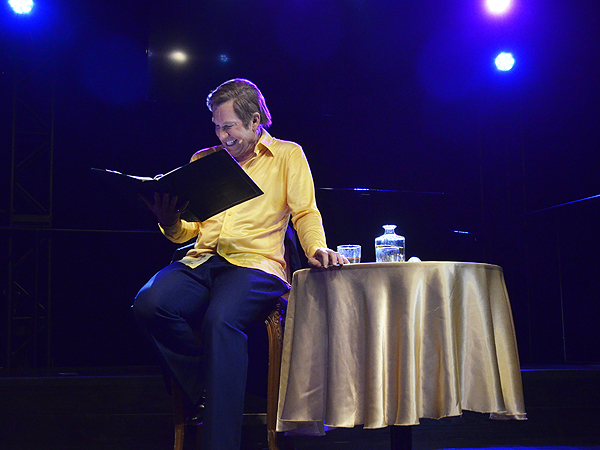 Based on the comedian’s 1976 live theater production of the same name, the one man show features voiceovers from the host of The Hollywood Squares himself, Peter Marshall, as well as an all-star three-man band comprised of acclaimed musical director Keith Thompson and Vinny Adinolfi and Fernando Torte from the Bronx Wanderers.   The humor is derived from Lynde's true life story and includes anecdotal accounts beginning with being a 250 lb. fat kid, going to Northwestern University where his classmates included actresses Patricia Neal and Charlotte Rae,  as a starving artist living in NYC's Hell's Kitchen, his big break as a costar in the Broadway musical Bye Bye Birdie that led to roles in films and TV, working with several well known stars of his era,  and, most notably, on the aforementioned, The Hollywood Squares, a gig that lasted 13 years and was has his “easiest job ever”. 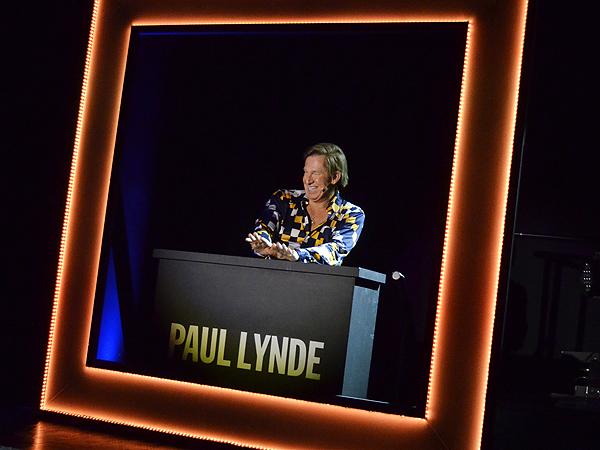 Younger audiences in their 20's or 30's may not be familiar with Paul Lynde or references to long gone stars in the entertainment industry, as do more mature, older audiences. Yet, there is no denying Lynde's humor is timeless and Michael Airington does a masterful job resurrecting the comedy legend in a show that is well written, performed, and laugh out loud funny, as it celebrates the life and humor of Paul Lynde.   Adults of all ages should find it both entertaining and memorable, just like the legendary comedian.

Performances of The Paul Lynde Show starring Michael Airington are 2 p.m. Wednesday through Monday (dark on Tuesdays) inside Windows Showroom at Bally's. Ticket prices start from $39.99 and $49.99 (plus tax & fees). Guests must be 18 years of age or older.