Nicole Richie Takes Fashion Back to the Future 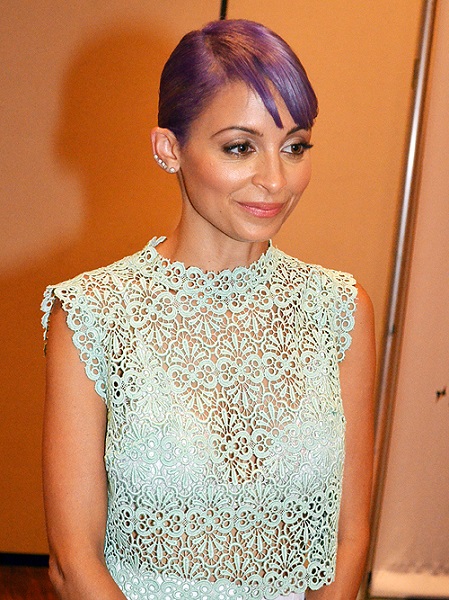 One thing about building your own house – you can always allow room for a growing “family.”

Such is the case with Nicole Richie’s House of Harlow 1960, which has seen the birth of a line of products, one successful arrival at a time. It all began in 2008 with her vintage jewelry line, then first expanded into footwear, then a few seasons later to eyewear, and now to apparel. And the House is going to be getting bigger again soon with Richie’s home and kids’ lines, her upcoming planned new additions.

The daughter of legendary singer Lionel Richie known to TV viewers for the TV reality shows, A Simple Life and Fashion Star (she has a new reality show, #Candidly Nicole, debuting on VH1 on July 17) Richie gave a keynote speech at the 2014 Licensing Expo at Mandalay Bay in Las Vegas last week. In a few short years, she has developed a global business in 40 countries on five continents and says that she is particularly strong in the U.K., France, Japan, and Australia.

“I expanded slowly because I want to have my feet planted firmly on the ground before I move into a new category,” she says. “And I wanted the brand to mean something and be strong before I rolled it out into clothes. My brand is a celebration of people’s individuality. I want people to feel like their own person and explore themselves in fashion. The brand represents no rules, celebrating individuality and having fun while doing it. That’s why my name is not on it.”

House of Harlow 1960 was actually named by Richie to honor her daughter, Harlow Winter Kate, who is now six years old. (Richie and her celebrity husband, Joel Madden, also have a four-year-old son named Sparrow James Midnight.) The 1960 is representative of the fact that, even though Richie wasn’t born until 1981, she is deeply inspired by the 1960s and 1970s eras because the clothing and jewelry of that time period were all about expressing who a person was and not necessarily about trends. While it was actually Harlow’s birth when she was 25 that inspired the entrepreneur/designer to create her own brand, her interest in fashion and design began when she was just a child herself.

“I started out as a ballerina (her father’s 1986 hit record “Ballerina Girl” was in homage to her) but when I was 10 years old, I was a figure skater and the same designer who made my dad’s costumes for stage made my competition outfits,” Richie reveals. “She encouraged me to have a cooperation with her and help design my own outfits. She had a studio in L.A. and I would go there and learn. She would say to me, ‘You know what you want; why don’t you help do this?’ That was the first step for me.

“The birth of my daughter was an interesting time for me,” she continues. “I was stepping into a new role in my life. It was my first real step into adulthood and I found myself wondering where I fit in – did I have to wear beige and have a picket fence? I wanted to create a safe space for other young women going from child to adult to be empowered to create their own looks for home or what they were wearing. I felt that there was a void in the marketplace for this demographic. House of Harlow represents where I was in life as well as where I and my audience were going. I started out creating vintage costume jewelry because I’m a collector and I expanded from there. The most recognizable piece in the jewelry collection is the Five Station Necklace, which was part of the first season launch. Every season, we invent ways to give people more options on how to wear that necklace.”

As for what challenges her the most and has from the beginning is when she has a vision in her head and it doesn’t come out right. To counteract that, Richie put the right team in place and learned from her mistakes. She notes that it’s critical to understand the entire business including on-time delivery, live sheets, and merchandising. While her first jewelry line was initially sold exclusively at Kitson, the specialty retailer based in L.A., today Richie’s collections are sold in hundreds of stores worldwide including Nordstrom, Bergdorf Goodman, Neiman Marcus, Macy’s and QVC as well as U.K. retailers Tesco and Selfridges and many more specialty boutiques globally.

Jokingly saying that’s she’s known as a control freak, Nicole admits that she always wants to be there and be present and that she has her hand in everything 24/7. She also wears House of Harlow 1960 all the time. Acknowledging that she wants to make HOH a 360 brand, she credits her parents with giving her the encouragement to do things her own way.

“My parents are extremely hard workers but they are not from L.A.,” she smiles. “My dad’s been living in California since the 1970s but he has the thickest southern accent you have ever seen in your life. He is southern from head to toe. He always told me that no matter where you move, you have to be 100 percent you and you have to be authentic. He said hat will make you special -- it’s not about falling in line with what everyone else wants you to be. That’s the biggest lesson I learned growing up.

“I think I’m learning more and more about myself every day and it’s really exciting,” Richie continues. “I feel that there’s been a level of confidence and empowerment I’ve developed with building this brand because when you first start a brand – and I don’t care how much training you have – you don’t know what you’re getting yourself into. Having these things kind of under my belt and having people familiar with the brand and building that strong foundation has really given me the feeling of freedom to take it to another level and feel confident enough to go many different places with it.”

As she prepares to accomplish her short-term goals, slowly moving into the home arena (beginning with a decorative candle) and the kids’ area (believing that no one knows kids better than kids, she will let her daughter help her create designs), Richie emphasizes that HOH is about quality and being reasonable. She reiterates that she wants to help young women feel comfortable taking that next step in life and let them know that they don’t have to follow trends. Rather, they can be their own person and have fashion fun. But just how difficult is it to get people, especially younger ones, to buck trends?

“I find it a little easier than expected,” Richie responds. “We all want to have fun and it’s very easy, especially in fashion, for it to become not fun because you have to follow all these rules and you don’t know which one’s right and which one’s wrong. So if you kind of guide women and say hey, it’s okay to go and have fun with it, people immediately want to be part of anything that’s fun and creative and that makes them feel strong about who they are.”

So, then, is Richie starting her own movement?

“Yeah, why not?” she laughs. “I see HOH as a lifestyle brand and someday I’ll possibly have my own stores.”

This “Ballerina Girl” is definitely on her toes.