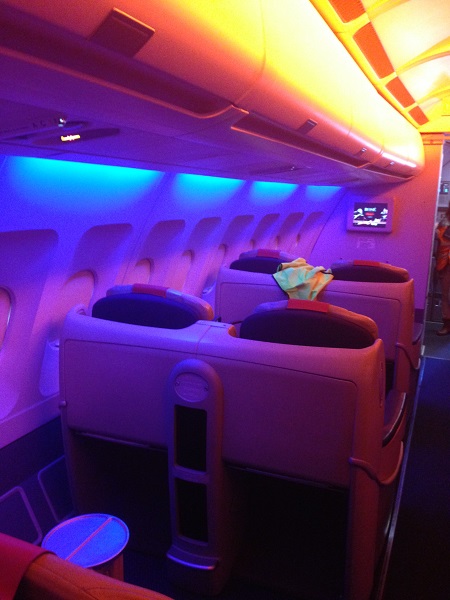 At Las Vegas’ McCarran International Airport on Sunday evening, July 27,, the rain fell mainly on the plane from Spain but that didn’t stop the inaugural flight of Las Vegas Airlines, the first-ever direct flight from that country, from landing at 7 p.m. at the new international terminal and bringing in 300 excited Spaniards to enjoy a week of what Las Vegas has to offer.

The brainchild of acclaimed veteran producer, Luis Alvarez, who owns three theaters in Spain, the now 12-hour non-stop flight to Las Vegas (down from 28 hours and having to change planes), which will be bringing 300 Spanish tourists to the city weekly, offers passengers a revolutionary perk -- entertainment from the “captain,” who is one of the top five comedians in that country, and 10 other performers in a nightclub-like atmosphere on the plane. The Captain/comedian will change with each flight.

It took two years to put the project together and get it approved but Alvarez’ success couldn’t have been more apparent at the welcoming party held at the terminal on Sunday night. He tells the story in this interview with Bobbie Katz.