Fail Safe with Laughter at "Failure Is An Option' 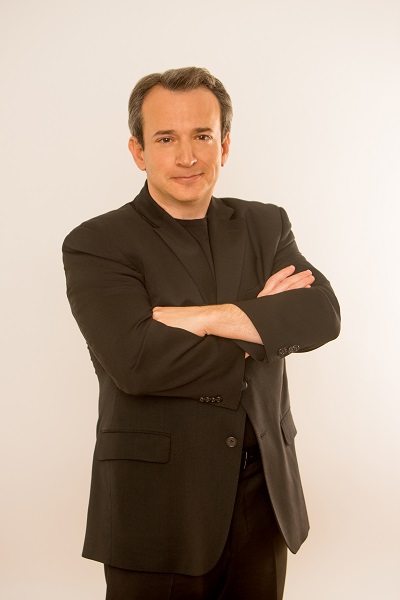 …Now comes anti-success guru Tom Rubin, who proves that the ladder of success (not to mention his comedic persona) has a few “loose screws.”

Things will be looking up – at least from the bottom rung – as audiences experience incomparable hilarity when Rubin debuts his original, self-penned, one-of-a-kind, one-man comedy show, “Failure Is An Option!” at Ron DeCar’s Event Center, located at 1201 S. Las Vegas Blvd., June 18-20 at 7:30 p.m. No one can speak to this mindset better than Rubin, who has had .dual careers as a Beverly Hills entertainment attorney and a comedian and spent some of his formative years living on a farm in New Jersey where he gained an immense appreciation of manure (the cows seemed to really be moo-ved by his jokes).

Inspired by his experiences in the hyper-competitive worlds of the Ivy League, corporate America and Hollywood, in this Stephen Colbert-style parody show, Rubin comically dismantles self-help concepts offered by serious self-help gurus, from positive thinking and empowerment to bucket lists and spiritual enlightenment. He is truly the anti-Tony Robbins. The hilarious twisted logic of his “success” system leaves audiences in stitches as they are entertained and uplifted by this unique and relatable show.

As for how Rubin came to write “Failure Is An Option!” he always wanted to do comedy with a theme. Having found the Tony Robbins-type success gurus to be interesting characters, he thought that the genre would be the perfect thing to spoof, of course backed by his own experiences with failure.

“It hit me that I could do the opposite,” Rubin explains. “I could be a guru that tells it like it is. I would become the world’s leading expert on failure. My character is a Stephen Colbert tongue-in-cheek type of persona and the show is formatted like a fake seminar – in L.A., where I performed it in small theaters, the audience wore name tags. I’ve been told that it has a George Carlin-style feel.”

On the personal side, the Harvard graduate and Flemington, New Jersey native moved to Los Angeles to write and perform comedy while also building a law practice. As an entertainment attorney, he has represented a number of prominent clients and negotiated deals for television series including Pawn Stars and The Dog Whisperer with Cesar Millan. As a stand-up comedian, he has performed for years at such venues as the Improv, Comedy Store, and Laugh Factory. His television appearances include CNN Headline News and Fox Business News, for which he provides comedic commentary.

Tom Rubin has all the evidence that failure can lead you into many things -- including your own showroom gig in Las Vegas. He cuts through the manure, so bring your sense of humor and leave your ego (and shovel) at the door.