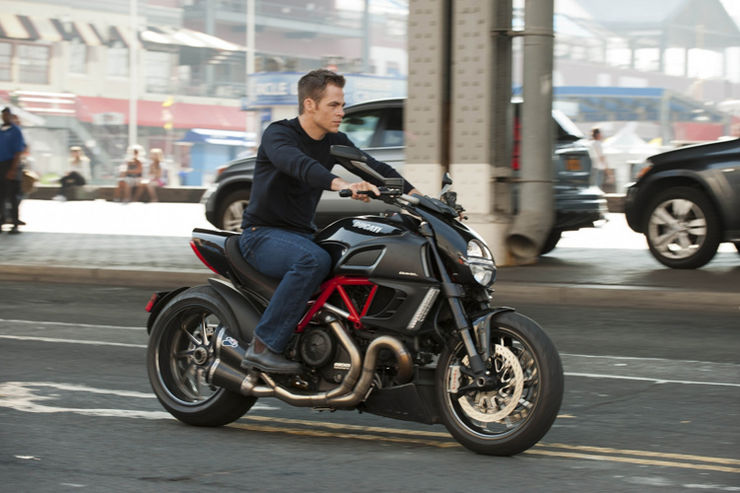 Following Alec Baldwin, Ben Affleck and Harrison Ford, Chris Pine is the fourth actor to bring the character Jack Ryan from the late Tom Clancy's series of spy novels to screen in, what surely is, the first installment of the rebooted film franchise.

The story opens with Jack Ryan (Pine) as a brainy college student working on getting a PHD at London's School of Economics when he watches the  9/11 attack on the World Trade Center being televised. Dropping out of school, he enters the marines and is dispatched to Afghanistan for a dangerous assignment. After a devastating helicopter crash, that leaves him with major injuries including a broken back, Jack winds up at a naval hospital, where he spends eight months in rehabilitation, and meets pretty medical student and his therapist, Cathy (Keira Knightly, putting on a convincing American accent) who later becomes his fiancee.  During his recuperation, Jack is approached by William Harper (Kevin Costner) a CIA operative who sends him back to school after his recovery to finish his PHD and then is recruited to work undercover as a compliance officer at a Wall Street firm looking for money that finances terrorists.

Fast forward, Jack is living with Cathy, now a doctor, who has been kept in the dark about what he really does for a living, although a few things have popped up to spark her suspicion.

Meanwhile, when Jack comes across some questionable money being moved from Russian accounts,  he is sent to Moscow to dig deeper.  That's where he comes face to face with the icy cold, sinister Viktor Cherevin (Kenneth Branaugh, who also directed),  the multi millionaire head of an investment firm and reported womanizer, who hates America and has set up a plot to bring down the U.S. economy and launch a coinciding terrorist attack on American soil.

Unfortunately, rather than an original storyline, the uneven, unimpressive script by Adam Kozad and David Koepp is marred by implausible scenes, plotholes and inconsistencies and features the formulaic race against time to stop a ticking bomb (in the nick of time, of course), the usual fight scenes, and car chases.

Pine, with his on screen charisma and acting ability, does an admirable job of filling the shoes of the CIA analyst turned operative. As the Russian villain, who answers to his Kremlin boss (an uncredited Mikhail Baryshnikov, in a cameo role) Branaugh is totally in character, complete with heavy accent and ruthless persona.

No way is this reboot on par with the Bourne series or James Bond. Jack Ryan may be a smart character but this introductory to the rebooted series is far from that.  At most, the predicable espionage thriller is moderately entertaining.