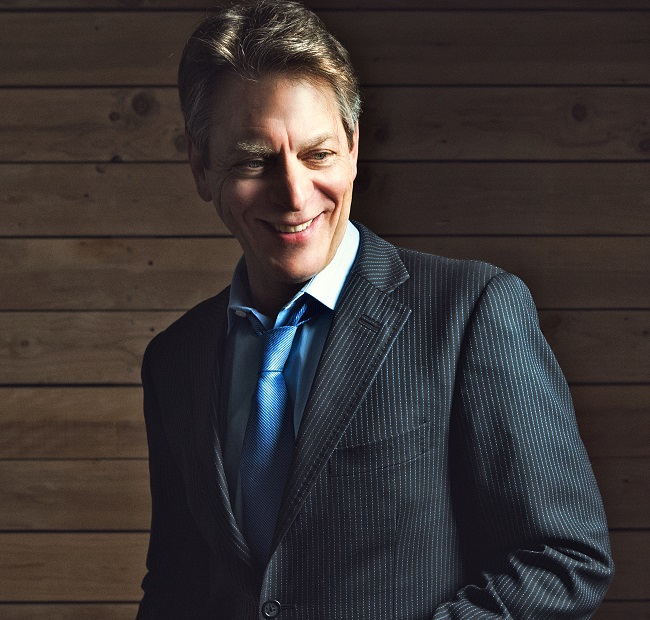 For Steve March-Torme, son of the late Mel Torme, the hardest part of being the son of his famed parent has been coming out of the “fog” and cutting a clear path to his own identity. Although Mel’s moniker was “The Velvet Fog,” March-Torme wants people to know that he is “reigning” on his own parade.

“Mel was known as a musician’s singer and was admired by other musicians,” March-Torme, who will be performing in Cabaret Jazz at The Smith Center April 14 and 15, expresses. “I know that I have to be well-rehearsed and as proficient as possible within the first four notes and establish my own identity. The last thing anyone wants to hear is me sounding like my dad. I don’t want to sound like him. Establishing my own identity is a challenge and it keeps me on my toes. We both sing jazz but we come from different places and different generations. My dad’s sensibilities were Harry James, Duke Ellington, and Benny Goodman. Mine are the Beatles, James Taylor, and Steely Dan.

“The hardest part was finding my own voice and staying true to it,” he adds. “The only obstacle I’ve had is me and learning to do what I do for an audience as opposed to doing what I do for me.”

Although his mother and Mel divorced when Marc-Torme was two-and-a-half years old and he was raised by his stepfather, Hal March, host of the hit TV show, The 64,000 Question and to whom he was very close, there is no denying that Mel had a great influence on March-Torme’s vocal talents later on. They spent a lot of time together during the last 15 years of Mel’s life.

“He taught me to develop my lower range,” March-Torme acknowledges. “I was from the Doobie Brothers era in which they all sang high.”

Still, his favorite memories of Mel have nothing to do with music. Rather, it is of the two of them hanging out and talking about everything but music.

“We were both like 11-year-old kids in grown men’s bodies,” he laughs. “We both liked planes, trains, and automobiles. Still, the most important gift he ever gave me was his genealogy -- his DNA -- and the gift of an instrument that people like.”

Currently, March-Torme is working on some new projects including acting in a pilot for a TV show to be shot in Wisconsin in which he will play a sharp but screwed up homeless man with PTSD, He is also forging ahead with a new show called “Uncovered” that he premiered in Wisconsin a few months ago, which is much more of a pop show than his jazz shows and in which he gets to play songs from the artists he grew up on such as Hall & Oates, the Beatles, Stevie Wonder, James Taylor, Joni Mitchell and others. He also gets to play a lot of piano and guitar in those shows, which he usually doesn't in his jazz or symphony shows.

“Finally, I’m working on getting my Holiday Symphony show booked, which amongst many terrific, original arrangements by my musical director Steve Rawlins, obviously features my dad's ‘The Christmas Song,’” March-Torme sums up. “Hopefully, we'll have that booked in Canada, Hawaii and the Midwest for the 2018-19 season.”

Even when it’s not the holiday season, the chestnut doesn’t fall far from the tree.