Jonathan Karrant: A Note-Worthy Evening at The Smith Center 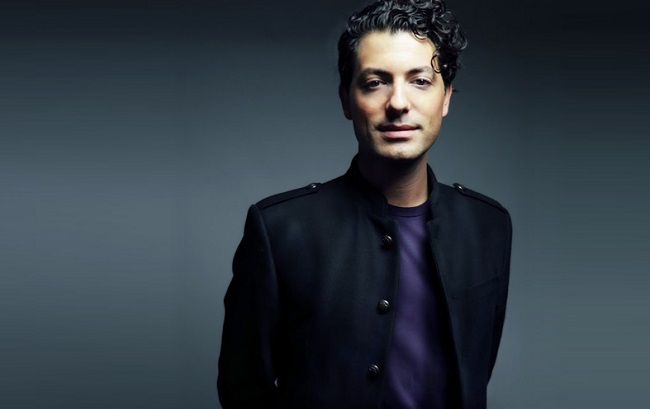 The entertainer, who will appear in the venue’s Cabaret Jazz and has been characterized by audiences as a great interpreter of song, a storyteller, and a singer who brings music and lyrics alive, says that it will be a very special show and he even has a jazz musician from New York coming in to play the engagement with him. Karrant’s album “On and On” went to number four on the jazz charts. He was honored at the 2014 New York City Jazz Cabaret Honors and in 2015, he was voted “Best Singer” at the Bravo San Diego Awards. Also, in 2015, Jonathan was asked to present two-time Grammy Award winner, Diane Schurr, with the proclamation of “Diane Schurr Day” in Palm Springs, CA.

“There will be some pretty light-hearted meaningful moments,” Karrant notes. “I’ll be doing a lot of new songs and popular requests. We’re also going to be doing a live recording of the show and if all goes well, we’ll be releasing it. Cabaret Jazz is such a fantastic room that it makes a show special. It also has exceptional recording quality.

“There aren’t many male jazz vocalists in town outside of a few like Clint Holmes and a guy named Gary Fowler, “ he adds. “There are so many more females in the genre. I am a song interpreter; I improvise and fight the melody. While I do a lot of obscure things, I’ll take a James Taylor song, for example, and turn it into a jazz tune. I try to take a song that isn’t a standard and turn it into one. I also interpret songs from the Great American Songbook.”

Another example of Karrant’s style is his taking the song “In My Life” by the Beatles and recording it, giving it a moody jazz flavor.

“I slowed it dow to give it more meaning and to give listeners more time to reflect,” he explains.

Jazz Corner said, “Karrant’s voice is romantic without being cloying, warm but not forced” and “he sings standards with an emotional weight that make it seem as if he had written the songs himself.” Karrsnt will tell you that he loves people, loves connecting with other musicians and with his audience, and loves sharing time with those who also love to celebrate life and music.

It promises to be an evening filled with great music and fun and all that jazz.